Written by Emily Zaehring
Updated over a week ago

We’ve reorganized the Q&A presenter view to make it easier to use all the new features we’re adding. Save questions for later, delete them at any stage, translate foreign languages and see all the comments in Presenter view. 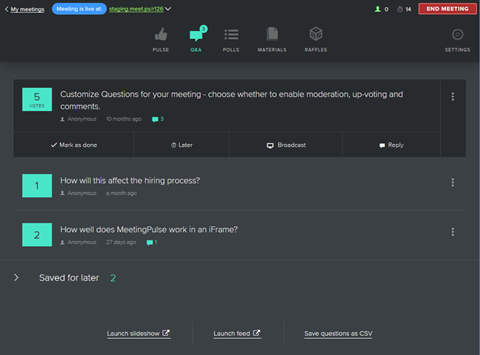 Problem:  Someone asks a question you can’t answer during your event, or the question isn’t topical. You want some way to keep track of that question without focusing on it. The question is not “Answered”. You want to save it for later.

Introducing the “Save for Later” feature...

Use the “Later” button to put a question in the “Save for Later” bucket. Just like answered questions, questions saved for later will be taken out of the “Top Questions” list so you can focus everyone on this meeting’s goals. 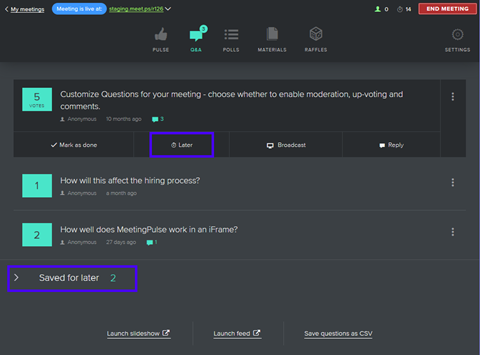 Tips:
Questions saved for later can be shown in the broadcast view. Use this at the end of your event to highlight questions that will be answered later.  Use the Reply option to say when and/or who will answer the question.

The first option is “Mark as done”. You use this when the presenter has answered that question. For attendees, the question goes into the “Answered” section. Admins will find it in the “Marked as done” section. 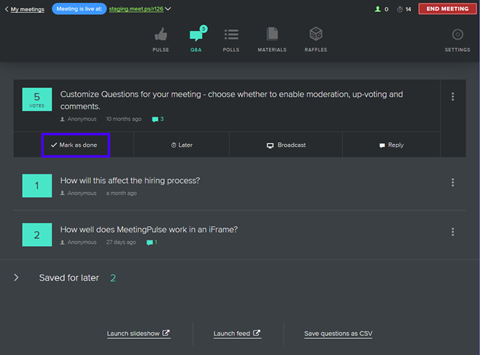 Just as before, you can move the question into the main feed. Simply tap that question and then tap “Unmark as done.”

This sends the question to the Q&A broadcast views. It will replace the feed view and show the slide with the selected question. 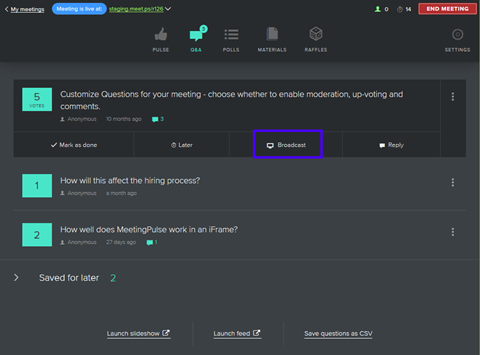 The “Broadcast” button replaces the TV screen selector. Here’s how it used to look when active:

You can even send Saved or Answered questions to the Broadcast view. This is great if your speaker wants to go back to an earlier question, or if you want to highlight some of the saved-for-later questions at the end of your event.

Reply to any question

The Reply option adds a comment to that question that’s labelled as the presenter’s answer. You can reply to any question, even those not yet approved or marked as save for later. 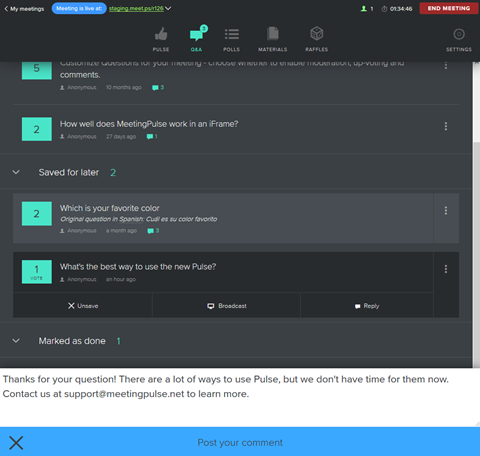 Replying to a saved question is a great way to acknowledge that attendee’s input so they know they’ve been heard.

Note: The replies are comments, which can be seen by anyone who can see the question.

Expand the comments by clicking on the green chat button. This button will list how many comments there are already. Then you can edit or delete the comments as needed. 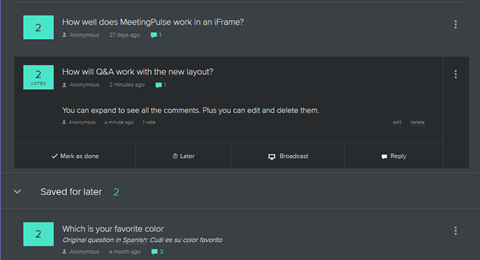 The delete button is available on every question now. In the past, you needed to mark a question as “answered” to delete it. 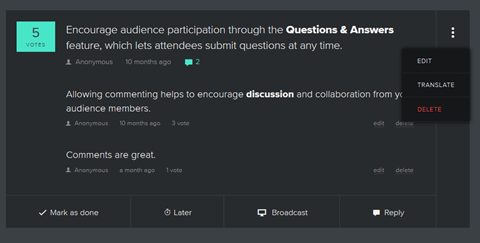 Simply hover over the three dots and the Edit/Translate/Delete menu will pop up.

Now you can! We’ve gotten many requests to customize Pulse, so we wanted to give you a lot of options. Pick how many reactions you want by dragging the slider left or right. Type in your own emotional descriptions. 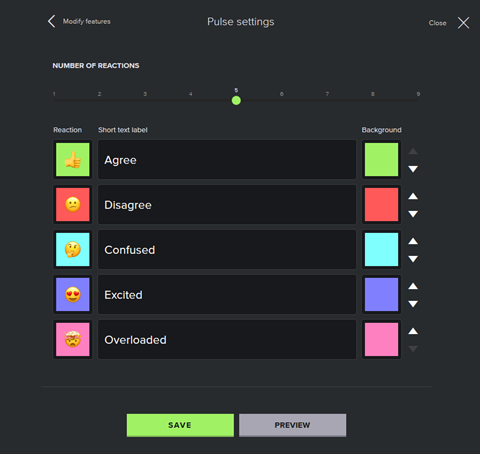 Select from a wide range of emojis… 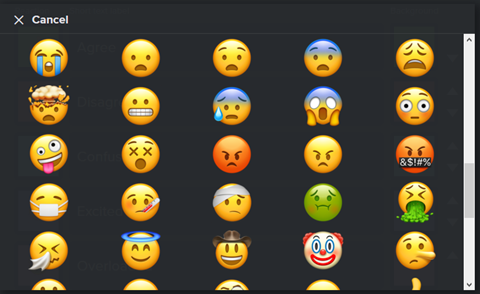 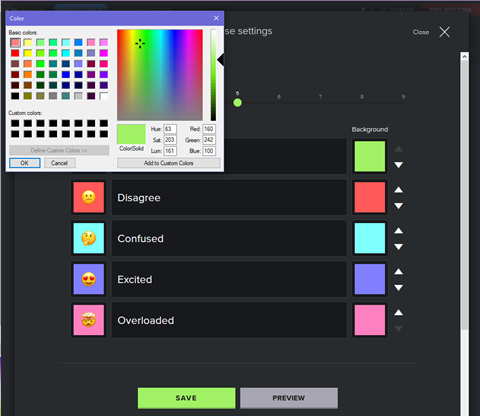 Before you save, take a look at what attendees will see by clicking “Preview”. 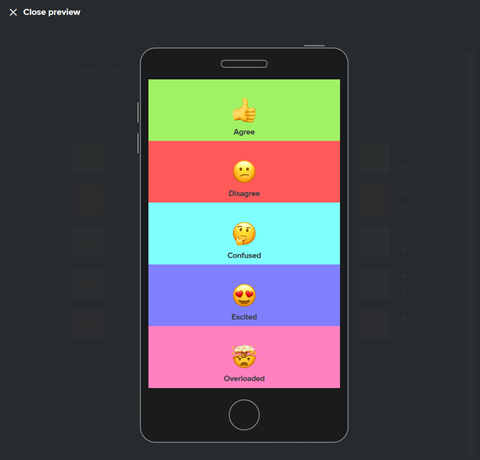 The preview is just for screens that are taller than they are wide. On widescreen monitors and horizontal tablets, the layout will be slightly different.

This release makes managing polls will be a whole lot easier. Now, after you close a poll, you can restart it again. No need to duplicate it and try to gather the data together after the event. Just hit restart and attendees will be able to vote again.

We’ve added a flashing “Connecting” note to the broadcast view when the computer loses its connection to MeetingPulse.