What are stop-words and how do you use them.

Written by Emily Zaehring
Updated over a week ago

Stop-words is an option available for the free text poll type. Using stopwords, you can control how the word cloud is generated.

If included, really common words like "the" or "and" would be displayed largest, which isn't very helpful. We use stopwords to prevent those words from showing up.

You can add custom stopwords for your free text reports. You might want to exclude your company name or a product that's under discussion. If your audience is angry, you might prevent curse words from showing up. 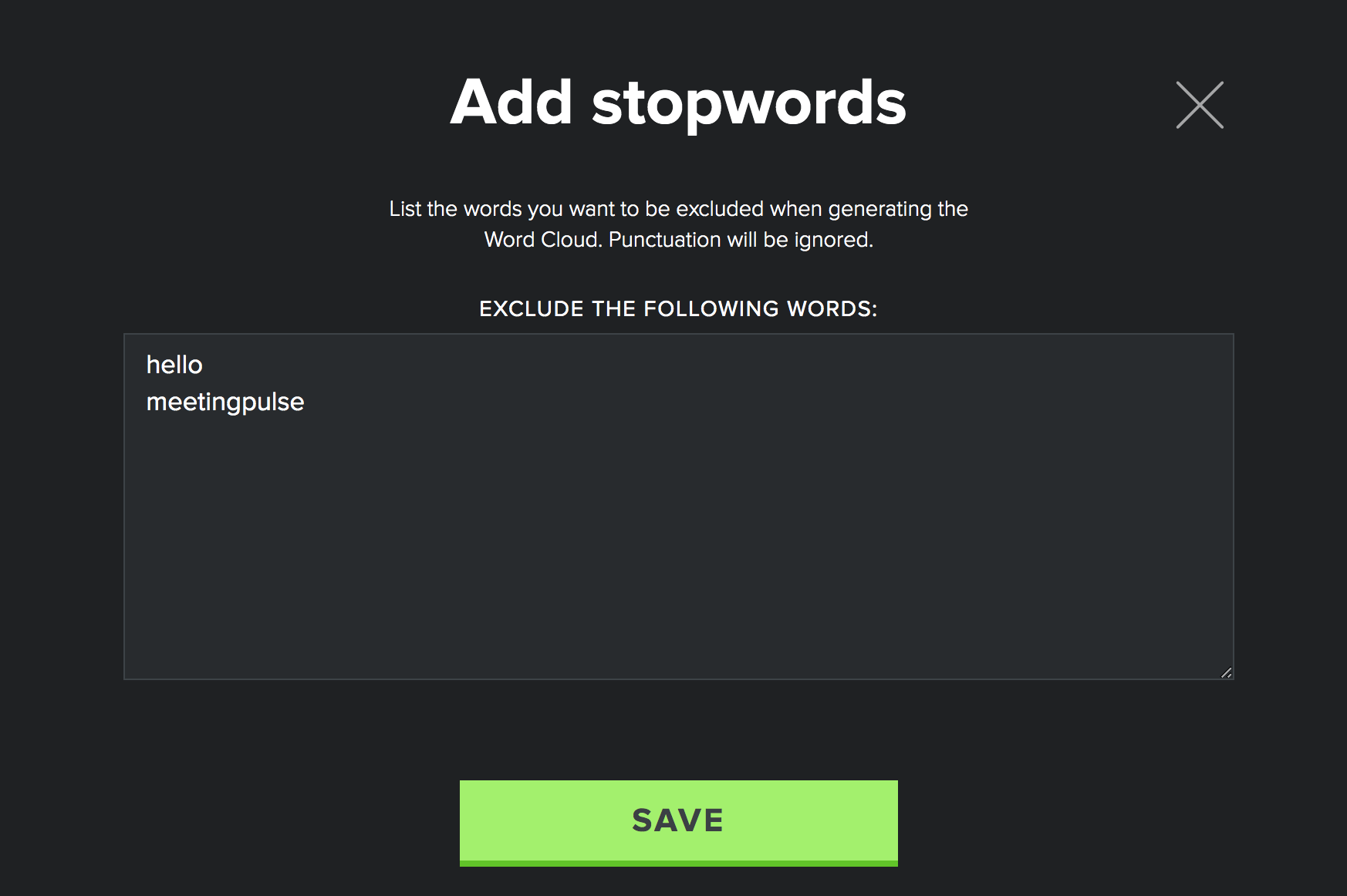 Here's how you edit stopwords:

MeetingPulse already has a list implemented that contains the most common stopwords. So you won't have to worry about adding these words to your meeting. Here's the word list: